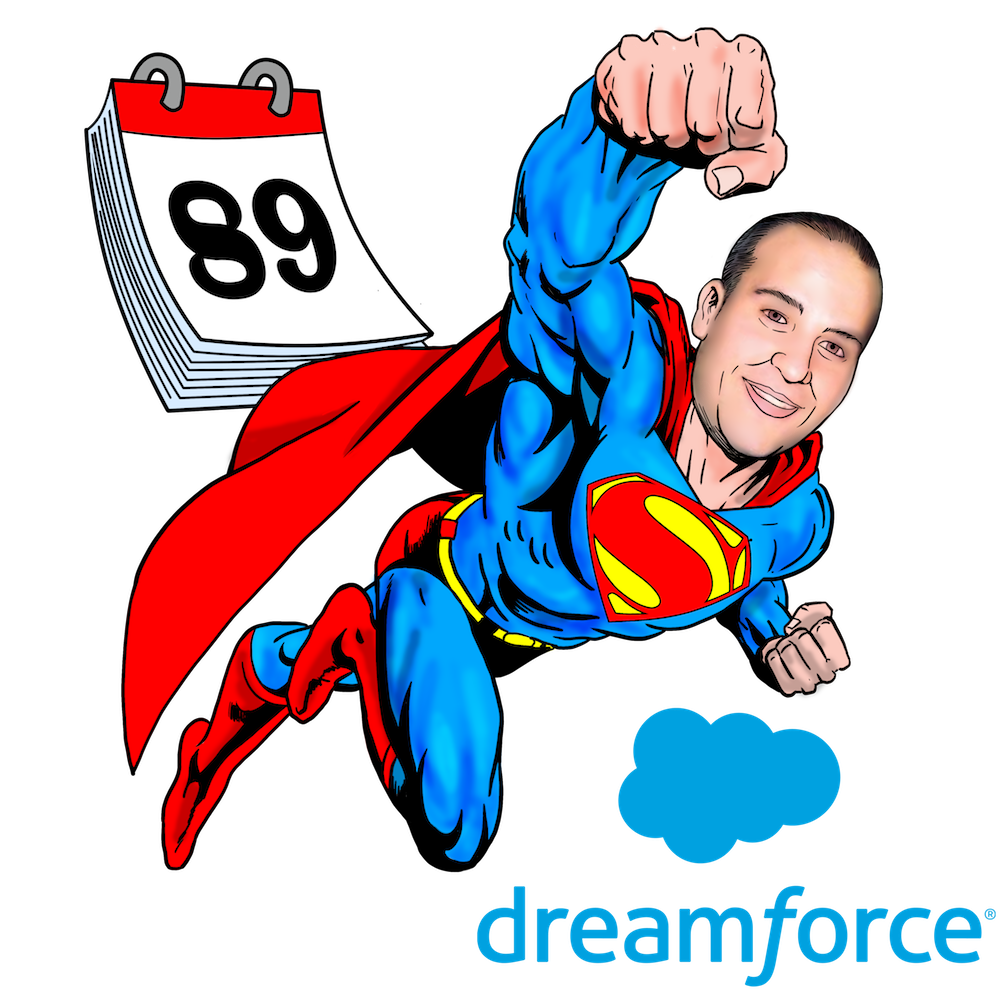 By the time Eddie’s team started dismantling the booth, 89 qualified meetings had been booked. His reps had more than QUADRUPLED the direct pipeline creation on the floor!

The rainy and cold weather of early November in San Francisco did not seem to affect the 170,000 Dreamforce ‘17 attendees. They came to learn, network and have fun.

Looking at the Dreamforce report from 2016, he saw a problem. They had booked only 20 meetings, despite tons of scanned badges and collected business cards. The leads dropped into HubSpot campaigns remained as elusive as hot men on Bumble. Prospects were ghosting.

There has to be a better way, thought Eddie.

First it took vision, to explain to his team that the metric was no longer # of captured leads. It was # of BOOKED MEETINGS. Lead records are a commodity – just use smart tools like DiscoverOrg or Clearbit. What really matters is PIPELINE, and the blood of pipeline is MEETINGS.

Once that was made clear, Eddie had to find the right process and tool. His inside sales team had been using Chili Piper’s Intelligent Booker to keep prospects engagement between SDRs and the right Account Executives. So…how about installing it on our iPads and laptops at the booth to convert foot traffic into booked meetings?

By the time Eddie’s team started dismantling the booth, 89 qualified meetings had been booked. His reps had more than QUADRUPLED the direct pipeline creation on the floor! Talk about an effective game plan!

What about you? Are you still scanning badges?

On the performance side, it drives employee management that is daily, like a fitness tracker for work. On the learning side, it is used as a microlearning engagement platform, helping companies engage employees to improve performance, motivation and learning.